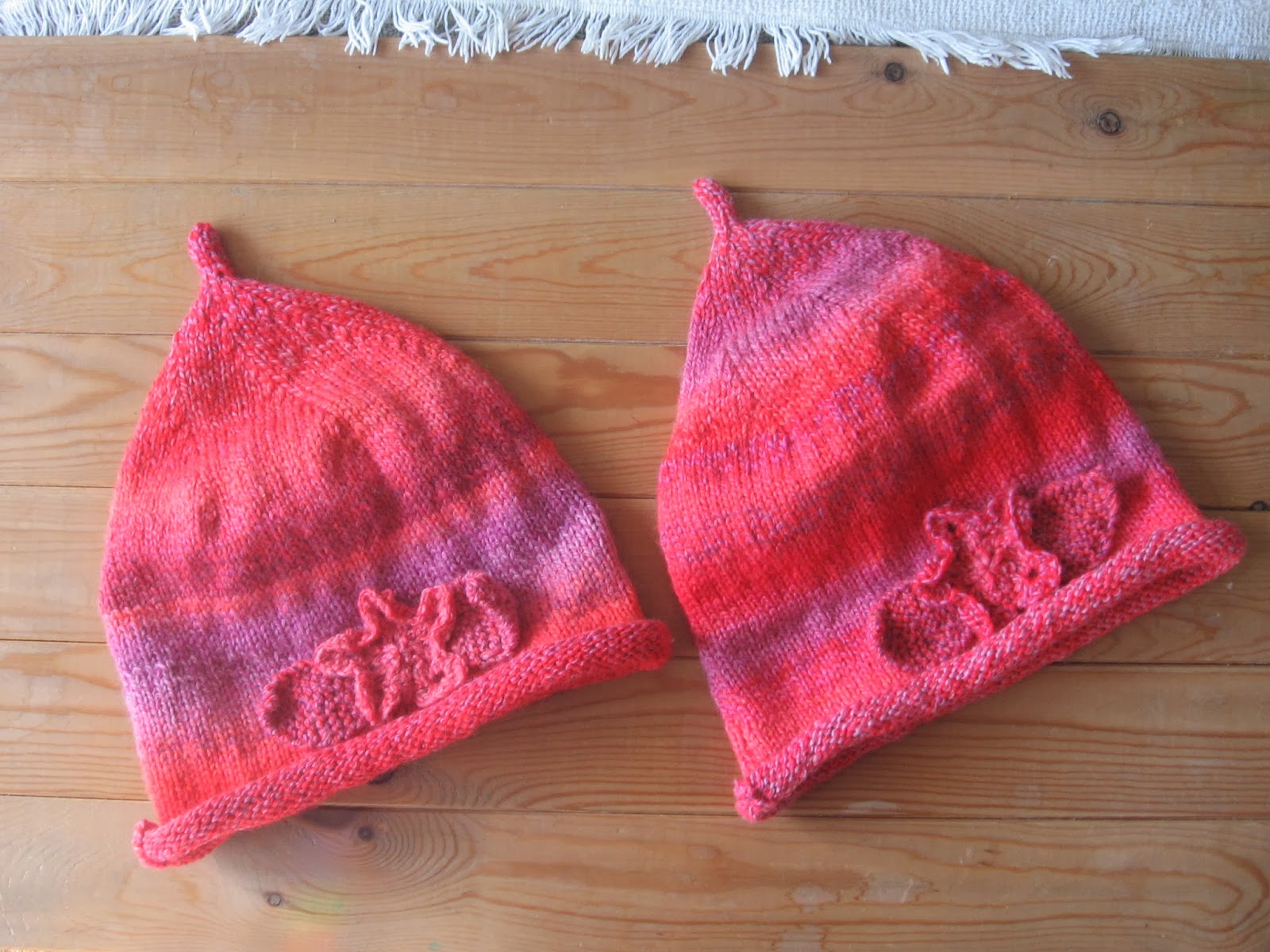 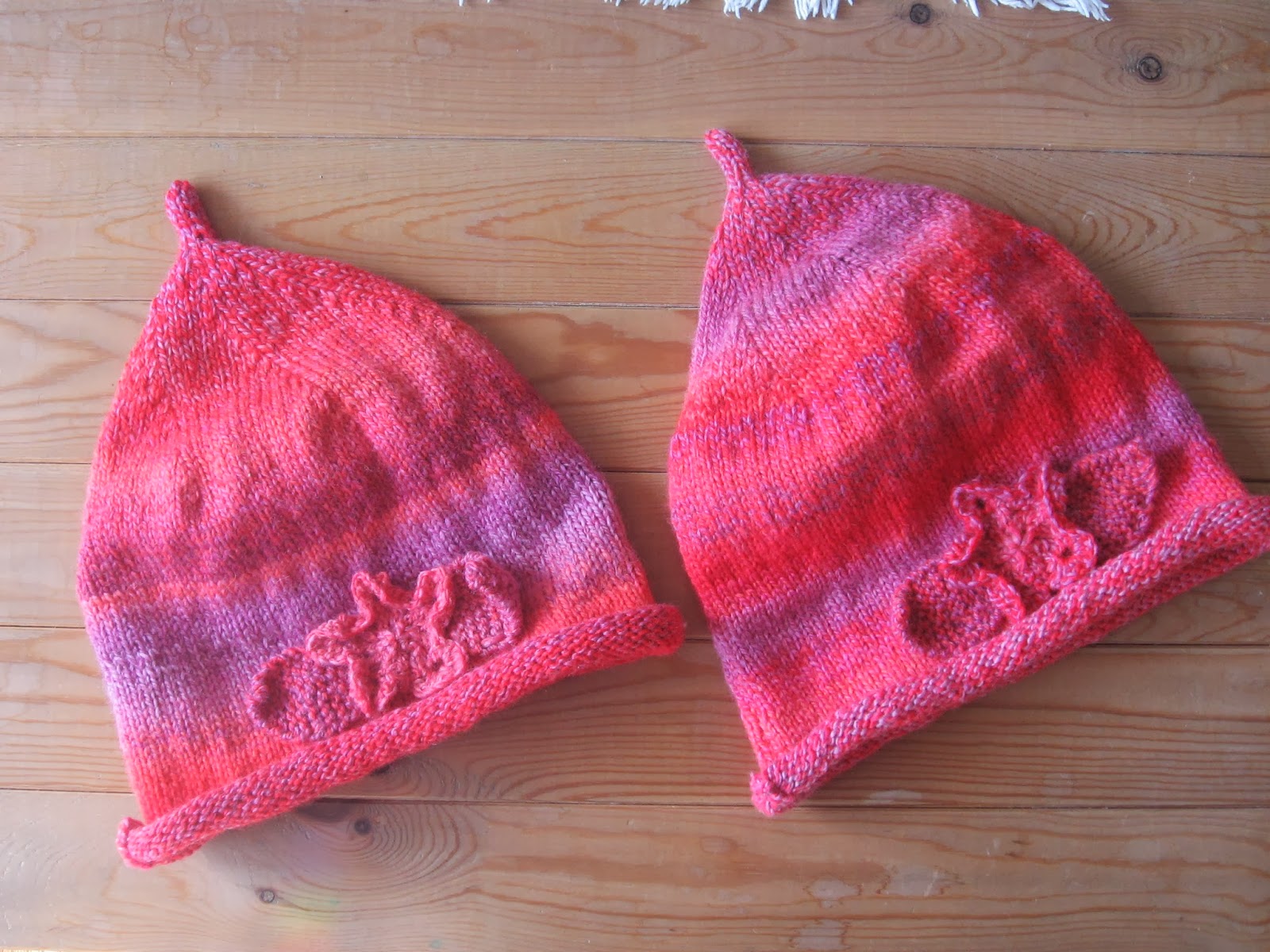 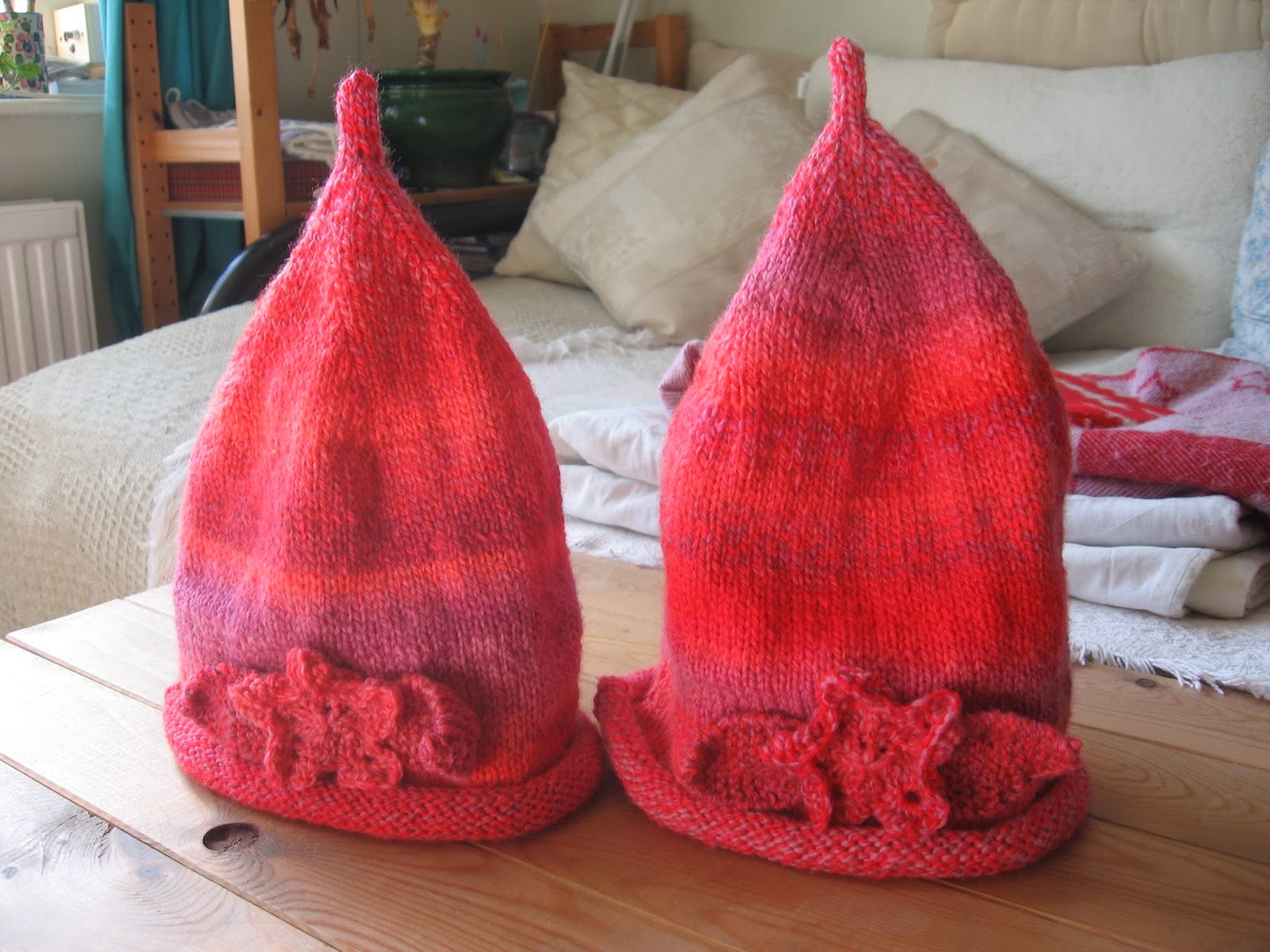 You're supposed to use Rowan Scottish Tweed DK for this, striped, but I happened to have quite a large stash of Sirdar Escape DK which self-stripes quite effectively.  I knitted the flower instead of crocheting it (still have no idea how to crochet).  It makes a lovely hat for Spring - great for those days when you know it's getting warmer and don't want to wear a thick woolly hat, but still cold enough to want your ears covered up!  The hat was designed by Liz Baxter - check out her designs on Ravelry:  http://www.ravelry.com/designers/liz-baxter
This hat is called "May Blossom."  I can't find a website for her but her designs have appeared in Simply Knitting several times.
Posted by Mad Knitter at 07:28